The River and its Culture:

Art Treasures along the Main River

The MainRiver is the force behind it all: Magnificent churches, imposing castles, poets and musicians, famous museums, and a unique lifestyle. Franconia and the Hessian Lower Main Region are influenced by the river and make this area a treasure trove for travellers looking to experience culture.

Three of the cultural highlights along the Main River are the cities of Würzburg, Bamberg and Bayreuth. They are listed as UNESCO World Heritage Sites. In Würzburg, the honor goes to the ResidenzCastle, the former residence of the city’s prince-bishops. The castle was built and furnished between 1720 and 1780 and is regarded as one of the most important castles in all of Europe. The grand staircase with the single largest ceiling fresco in the world is the most unique part of the castle. In Bamberg, the entire old town is a world heritage. Founded over 1.000 years ago, the city combines the magic of the middle ages and the Baroque era. Nowhere else in Germany can you find a better preserved and more congruent downtown. The Imperial Cathedral, the New Residence, the Town Hall, the Alte Hofhaltung Estate, and half-timbered architecture take you on a journey through the centuries. In Bayreuth the world heritage “Margravial Opera House” is considered to be the most beautifully preserved baroque opera house in Europe. Margravine Wilhelmine commissioned one of the most famous families of theatre architects, the Bolognese Giuseppe Galli Bibiena, and his son, Carlo, to design its interior. With a depth of 27 metres, the stage of this opera house was the largest one in Germany until 1871 - a superlative, which also drew Richard Wagner's attention to Bayreuth.

The Cathedral in Bamberg is one of the most outstanding places of worship along the Main River. More great cathedrals can be found in Mainz, Würzburg, and Frankfurt. Deeply devout Christians have made the journey to Franconia’s pilgrimage churches for centuries. An especially magnificent example is the Basilica Vierzehnheiligen near the town of Bad Staffelstein. The area the basilica is located in has been labeled by poets as “God’s Garden along the UpperMainRiver”.

Poets have been busy practicing one of the “beautiful arts” along the MainRiver for centuries. In 1749, the renowned German poet Johann Wolfgang von Goethe was born in Frankfurt am Main. The city honors its famous son with the Goethe House and the GoetheMuseum. In 1785 Jacob Grimm and a year later his brother Wilhelm Grimm were born in the town of Hanau. They are known worldwide as the “Brothers Grimm” and are famous for their fairy tales.

You cannot mention the Main River without mentioning music, just as you can’t mention Bayreuth without mentioning Richard Wagner. Every year, music lovers flock to Bayreuth for the annual Richard Wagner Music Festival. But there is more to music along the MainRiver: Different varieties of music can be enjoyed at the “Old Opera House” in Frankfurt am Main, in the Baroque-era “Margravial Opera House” in Bayreuth, in parks, castles, and courtyards all along the river.

Franconia and the Hessian Lower Main Region are also rich in castles and fortresses. In times gone by, Germany consisted of many petty states, principalities and counties. Each individual ruler tried to impress by building magnificent structures. Many superb examples of this trying to outdo the others are found along the MainRiver. There are the IsenburgCastle in Offenbach, the JohannisburgCastle in Aschaffenburg, the New Castle in Bayreuth, the PlassenburgCastle in Kulmbach, and the Marienberg Fortress in Würzburg. Many of the most imposing structures along the MainRiver today house a wide variety of museums and exhibits. There are State Galleries in Aschaffenburg, Bamberg, Kulmbach, and Bayreuth featuring many works by famous artists. The Museum Georg Schäfer in Schweinfurt has a wonderful collection of 19th century German art. In Bayreuth you find a lot of modern art. But you can also go play along the MainRiver: The Wiesbaden Casino is located in the beautiful, historical resort facility. Of great European significance are the museums along the riverfront in Frankfurt: Here you can find sculptures, architecture, movies, and art – all in one place. 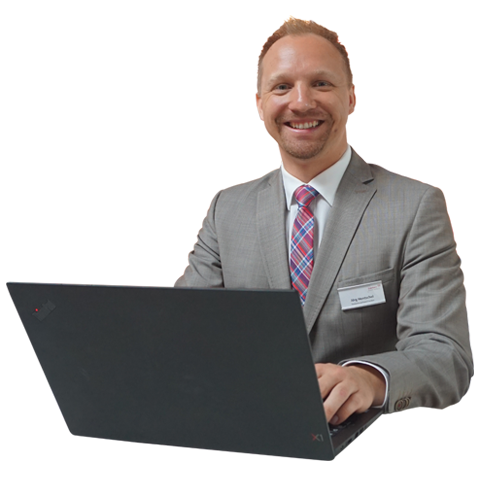